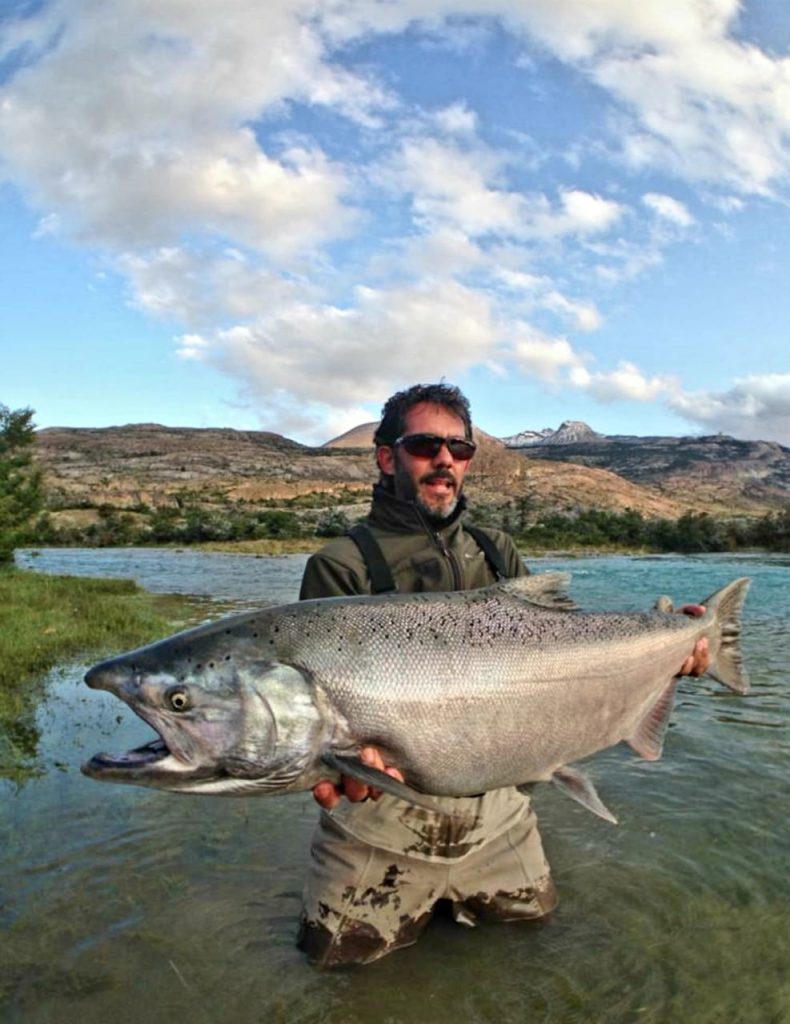 Estancia Cristina is probably one of the latest king salmon fisheries that the world has known. It all began in the early 2000 when the first catches were registered at the mouth of Caterina river on the Argentino Lake by the cruiser captain.

Ale Bianchetti has visited this place for 3 years in a row (excepting the pandemic) and had always succeeded when getting some monsters. Ale has guided in Río Grande for many years and sea trout has been his fish, also Golden Dorado. But on the last decade a fever for king salmon has taken over and driven him to different chinook salmon destinations. So Estancia Cristina became his favourite.

As a anadromous fisherman he never had the intention of searching for colored fish, that is why he focused his hunt on the very beginning of Glacier King season trying to get some chromers. The second week of January for two years, then the last week of January. 3 weeks in different years.

ALE: “Having fished Rio Caterina for the third time, always in January, im still surprised by the quality of those fish, some still bright, after swam across the whole Rio Santa Cruz and Lago Argentino (more than 450 kmts).

The area offers the chance to fish for the biggest king salmon on the planet in a beautiful crystal clear river perfect to swing flies and also some bays in the upper lake, with the chance of sightfishing for this monsters”.

Ale has broken his personal best this last january (2022) hooking and landing on a #9 fly rod a 27,5kg from the famous holding pool called The Wale Stone. 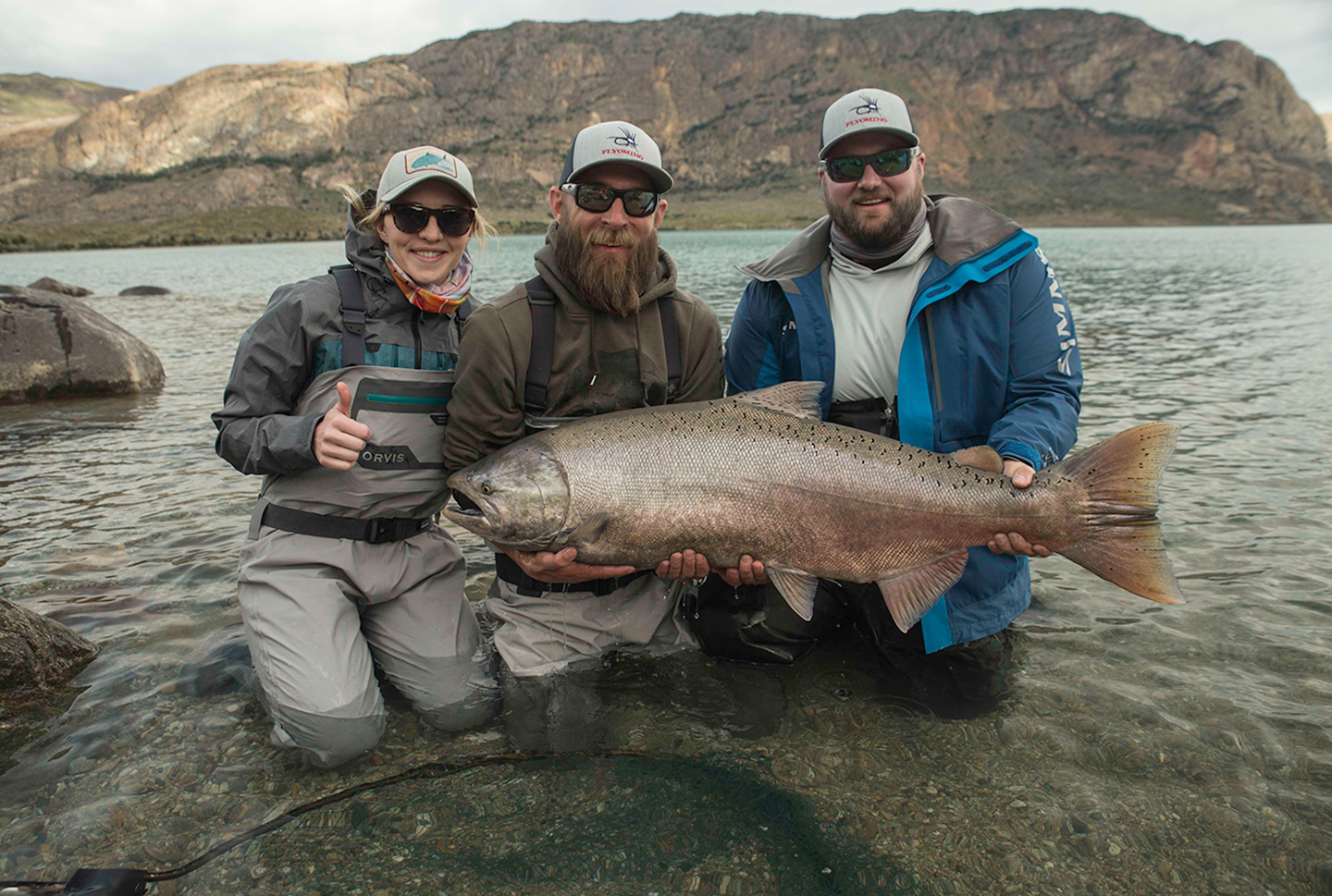